Home / About Us / Case studies / COVID-19 repatriation from India

For weeks, the world has been worrying about the developments regarding the COVID-19 pandemic in India. After weathering the first wave rather well, the Indian health care system is on the brink of collapse during the current second wave. This also causes problems for many international enterprises from Europe or the USA: Many of them have sent employees to India before the second wave hit, who are at risk of an infection and shouldn’t be left to the strained Indian health care system in case they get sick. The solution: a swift repatriation of infected employees with an ambulance jet. 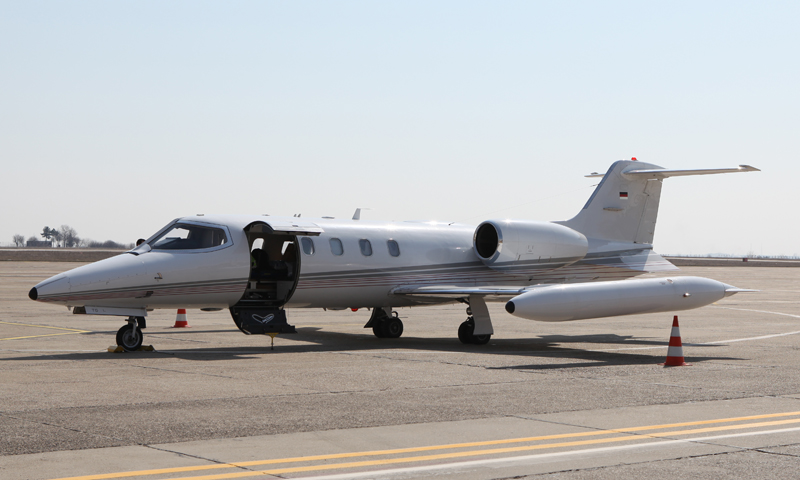 From Calcutta to Klagenfurt

An Austrian construction company contacted us last week. One of their employees had contracted COVID-19 during a work-related stay in India. Fortunately, he was only suffering from mild symptoms, so that he was quarantining in his hotel room in Calcutta. In spite of his symptoms, he had only talked to a local doctor via video conference, and it was unclear how much help he could expect if his symptoms got any worse.

That’s why the patient’s employer hired us for a repatriation from Calcutta to Klagenfurt, Austria. We provided a Bombardier Learjet 35 that had a medical crew on board and took off for Calcutta as soon as possible. Also on board: a modern isolation device that would allow us to transport the patient without any risk of infection.

After the crew had taken their mandatory rest, we picked up the patient at his hotel. Here, we already used the isolation system in order to minimize the risk for our crew and the other guests at the hotel. We drove our patient to Netaji Subhash Chandra Bose International Airport in Calcutta by ground ambulance and brought him aboard the already awaiting ambulance jet. Afterwards, we started our flight to Austria and arrived safely at Klagenfurt the next morning (local time).

According to the handling agents in Calcutta, this was the first international ambulance flight for a COVID-19 patient that started at Calcutta Airport. Unfortunately, more are likely to follow due to the coronavirus situation in India. However, we have been and always will be there for our patients, and will continue taking them back home safely.

Our experienced team is at your disposal 24 hours a day, 7 days a week to organise a fast and safe ambulance flight. Contact us at any time for a free consultation or a non-binding quotation: