When a stroke occurs, parts of the brain are no longer supplied with enough blood. In the worst cases, this can irreversibly damage the affected brain regions. Therefore, a stroke requires a rapid response, even on holiday. Call the emergency services immediately and seek medical treatment. But even following emergency treatment, the correct ongoing care and treatment for a stroke is crucial to prevent any subsequent damage, or at least minimise it. 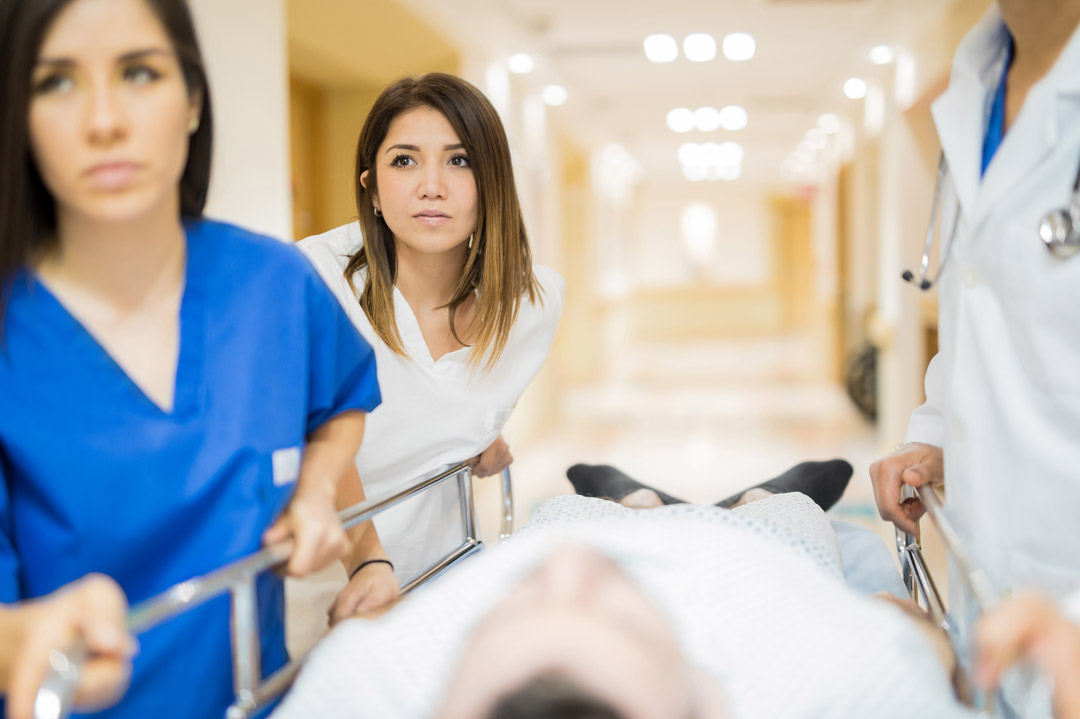 Every case of a stroke must be taken extremely seriously. The symptoms can vary greatly from person to person. Frequently, however, may be observed:

If you notice any of these symptoms, call an ambulance immediately, even abroad. Always keep the emergency number ready so you can react quickly. The diagnosis can be made in the hospital abroad so primary medical care can be given. But in order to avoid subsequent damage and to enable optimal rehabilitation, a swift medical repatriation to a e.g. UK or US specialist clinic is highly recommended.

The quality of medical care in many foreign hospitals does not meet UK standards. But especially when a patient has had a stroke, it is important that rehabilitation begins as quickly as possible in order to minimise any subsequent damage. The sooner the patient regains speech and movement skills through therapy, the better the chances of a more or less normal life after a stroke. But how can a rapid repatriation after a stroke be organised from abroad if independent travel home is no longer possible?

Example: medical repatriation by rescue helicopter after a stroke

A tourist was travelling by car from Bordeaux to Barcelona and suffered a stroke shortly after crossing the Spanish border. He was first taken by ambulance to a Spanish hospital and received emergency treatment there. However, the doctors who treated him advised further treatment in a French specialist clinic. Since independent travel back to France was no longer possible, the son of the patient commissioned us to carry out the medical repatriation of his father. We immediately arranged for an ambulance helicopter to fly the patient from Spain to France. There, he was able to have an operation on the very same day, so that fortunately no permanent damage was suffered.

Example: medical repatriation by ambulance jet after a stroke

In another case a tourist suffered a stroke in Morocco. He was taken to a hospital where he was given emergency treatment and medical care for a few days. The doctors advised, however, that his treatment should be followed by rehabilitation in a hospital, in order to minimise any subsequent damage. The contacted the attending doctors and organised a rapid medical repatriation in an ambulance jet within a single day. The experienced medical personnel and modern equipment on board meant it would have been possible to intervene at any time if an emergency had occurred.

Going on holiday after a stroke

Anyone who has already suffered a stroke and has been successfully rehabilitated should choose their holiday destination very carefully. For example, the hotel or resort should not be more than 600 metres above sea level. In addition, travellers should avoid too much sunshine and heat while on holiday. Make sure you stay mainly in the shade and always drink enough fluid. On the journey to their holiday destination, motorists should be careful not to put themselves under strain or get into stressful situations during the peak holiday season. Air travel can be less stressful but is also associated with corresponding changes in air pressure. Therefore, make sure you get up regularly during the flight to encourage good circulation.

Would you like to know more about the organisation and process involved in medical repatriations? we have gathered plenty of information for you in our FAQ.

Following a stroke abroad you should not delay. Contact us as soon as possible. You can reach us every day around the clock: