Home / About Us / Blog / Medical treatment in the USA

Medical treatment in the USA

The USA is considered to be the land of (almost unlimited) opportunity – and that goes for medicine too. Several US hospitals are among the world leaders and attract patients from all over the world. However, medical tourism in the US is associated with expensive treatment and high travel costs, which must be borne privately. But the patient can be sure that he is in the hands of the world's best specialists, who can often advise on treatment where other doctors cannot help. In addition, the United States often uses cutting edge treatment methods that are not yet approved or widely available in other countries.

Medical tourism to the USA: preparation

There are various formalities involved when preparing for a hospital stay in the US. Firstly, the patient needs a place in the desired hospital. Since many renowned hospitals in the US are in great demand worldwide, contacting them well ahead of time is recommended. Accommodation in nearby hotels for any accompanying persons also needs to be organised early on.

Depending on the country of origin of the people travelling, a visa may be required for medical treatment in the United States. If it is needed, you should apply for this visa in good time so that there are no difficulties at the airport, which in the worst case, could lead to you being refused entry.

Travelling to the USA

For safe and comfortable travel to the US, an aircraft is the only sensible option. However, if the patient can no longer travel without medical supervision, special arrangements are necessary. Arriving by ambulance jet is the quickest and safest option: even patients requiring intensive care can be transported safely and under the supervision of a specialised flight doctor. The medical equipment on board the ambulance jet is of the same standard as in a modern intensive care unit. There is also enough space for an accompanying person in almost every air ambulance. Larger models also provide space for several companions. Last but not least, an ambulance aircraft allows individual flight planning, including the ability to choose the departure airport and departure time.

If the patient does not require intensive care treatment he can also travel in a scheduled airliner with medical assistance. This transport method requires a certain lead time, usually one or two days and, of course, is dependent on the regular flight plans of scheduled airlines. The patient is accompanied by a doctor or paramedic who will assist her throughout the flight. Depending on the state of health of the patient, she can fly either seated in Business Class or lying on a special patient stretcher bed. In order to avoid complications with connecting flights and not to burden the patient with strenuous transfers, patient transports by scheduled airliner are offered almost exclusively on direct flights.

The most popular medical tourism destinations in the US

Massachusetts General Hospital in Boston is the largest teaching hospital at Harvard Medical School and has already produced 13 Nobel Prize winners for Medicine. It is one of the best hospitals in the US, especially in the fields of psychiatry, diabetology and endocrinology, ENT and rehabilitation. Even US Secretary of State Henry Kissinger, actor John Wayne and singer Adele were treated at this distinguished Boston clinic.

The patient's journey to Massachusetts General Hospital – or Mass General for short – is usually via Boston Logan International Airport. Numerous international and transcontinental flights land here, bringing patients from all over the world to Boston. 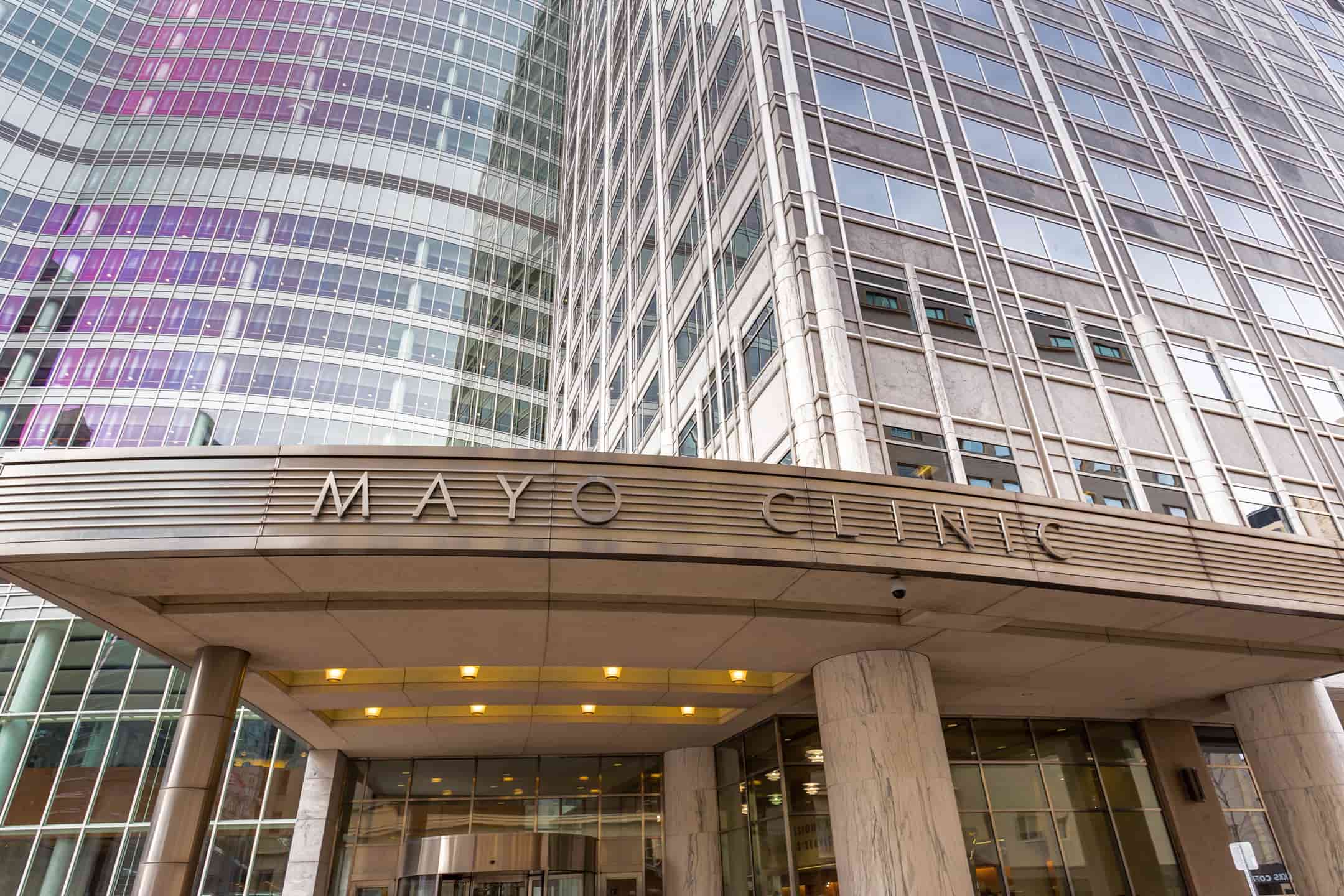 Unlike most world-famous hospitals, the Mayo Clinic is not located in one of the major American conurbations. Nevertheless, the hospital in Rochester, a town of 100,000 inhabitants, is one of the best addresses in the world. The clinic's specialist fields include oncology, diabetology and endocrinology, gastroenterology, nephrology and urology. Among the hospital's most famous patients are the Dalai Lama, King Hussein of Jordan, boxing legend Muhammad Ali and quite a number of former US presidents.

The renowned Cleveland Clinic originally developed from a private medical practice. These days, the hospital in the state of Ohio is one of the best known in the United States. The clinic is a world leader in cardiology, rheumatology and gynaecology, but the Cleveland Clinic also enjoys an excellent reputation in urology, nephrology and gastroenterology. That is why Prince Charles, former Italian Prime Minister Silvio Berlusconi and basketball superstar LeBron James have sought treatment at the Cleveland Clinic.

Burke Lakefront Airport is very close to the city centre and is the most convenient airport if you are arriving by air ambulance. Scheduled airliners land at Cleveland Hopkins International Airport on the outskirts of the city.

More than 2,000 doctors and a total of over 10,000 staff care for their patients at the Cedars Sinai Medical Center. The Los Angeles hospital is one of the world leaders in the fields of cardiology, gastroenterology, orthopaedics and pulmonology. The hospital's location in upmarket Beverly Hills has ensured that countless celebrities have received treatment at Cedars Sinai Medical Center, including Frank Sinatra, Elizabeth Taylor, Madonna and Victoria Beckham.

Los Angeles International Airport is the major commercial airport in Los Angeles and is therefore well suited for travel to the Cedars Sinai Medical Center. In addition, Bob Hope Airport in nearby Burbank is a useful destination airport. 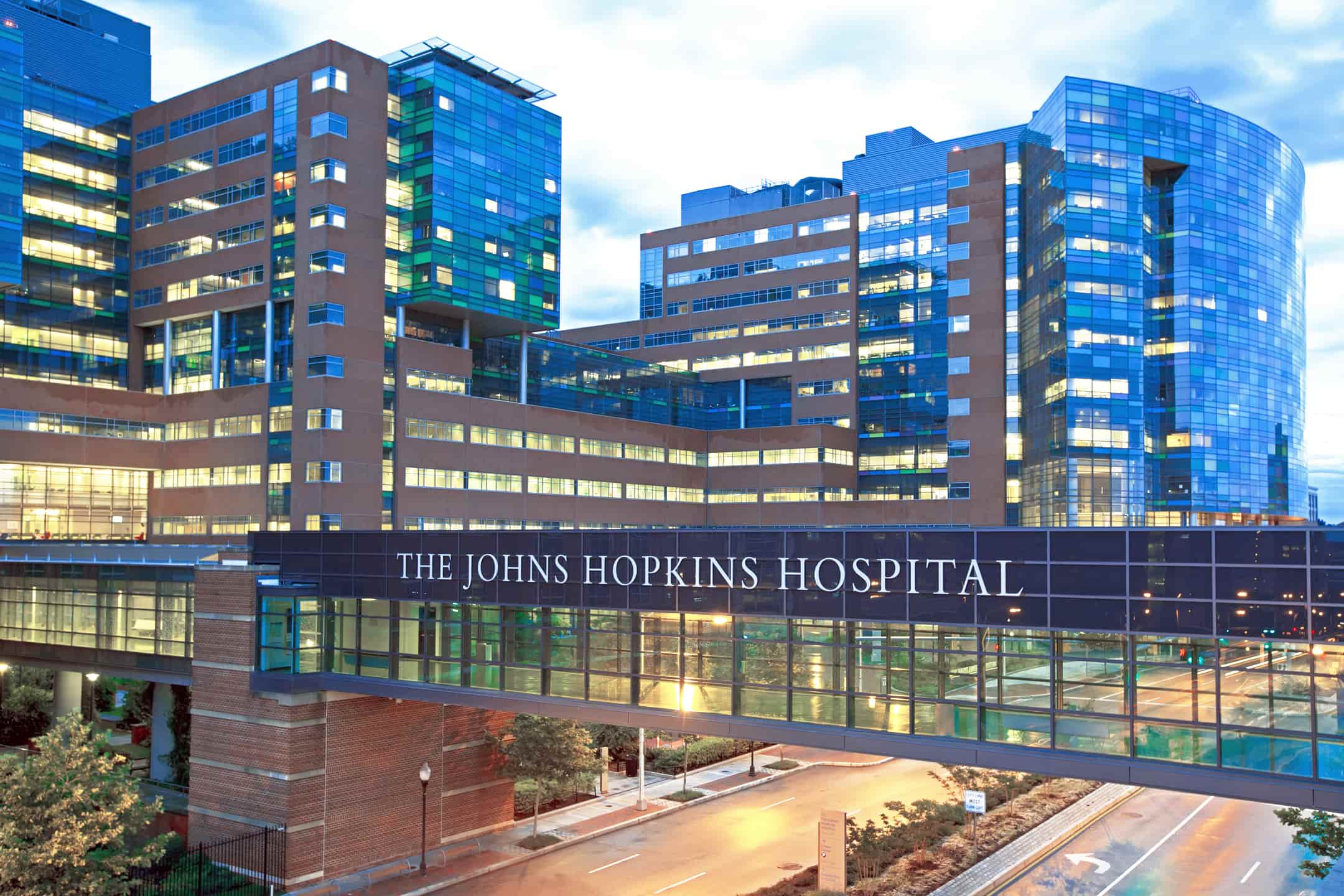 When the banker and entrepreneur Johns Hopkins died in 1873, he had instructed that his inheritance should be used to establish a hospital and a university in Baltimore. Around 150 years later, Johns Hopkins Hospital is one of the world's best. For 21 years in a row, from 1991 to 2011, it topped the rankings of all major US hospitals. Even subsequently, it has always occupied a place in the top group, especially in the fields of gastroenterology, geriatrics, nephrology, neurology, psychology, rheumatology, urology and ophthalmology. The associated children's hospital is also among the international leaders.

The University of Texas MD Anderson Cancer Center was founded in 1941 with a donation from the estate of the cotton magnate MD Anderson. It is considered to be the best oncological treatment centre in the USA and plays a leading role in cancer research and the trialling of new treatment methods.

When travelling to Houston, two airports are available: George Bush Intercontinental Airport and William P. Hobby Airport. Both are located on the outskirts of Houston and are therefore relatively near to the University of Texas MD Anderson Cancer Center.

The Memorial Sloan Kettering Cancer Center specialises exclusively in oncology treatments and, in this field, is one of the best hospitals in the United States. Located in Manhattan, it is the largest and oldest private oncology hospital in the world. More than 1,000 doctors and nearly 4,000 nurses care for the patients every day.

Travelling to the USA for treatment with the Medical Air Service

If you require medical treatment in the US, we will be there to help you from the start. We can support you by communicating with the receiving hospital and arranging accommodation for your friends and relatives. We are also on hand to offer help and advice when you apply for a visa.

In particular, we make the organisation of your ambulance flight our priority. If you are planning to travel on a scheduled airliner, we handle all the arrangements with the airline and provide you with a medical flight attendant. If the patient is to be transported in an ambulance jet, we will provide you with a suitable aircraft and a specialised medical crew at the required time.

You will find a wealth of information about the organisation of ambulance flights and each step of the process in our FAQ.

Our international team is available for you 24 hours a day. We will be happy to explain your options for travelling to the USA for medical treatment. Naturally, our advice to you is free of charge. Please contact us: