Home / About Us / Blog / Casevac vs. Medevac - The Key Differences

Casevac vs. Medevac - The Key Differences

Casevac and medevac are both portmanteaus whose definitions are both a combination of two words, namely 'Casualty Evacuation' and 'Medical Evacuation' respectively. They both refer to the same basic principle of transporting individuals in urgent need of medical attention, and one may be led to think that they can be used interchangeably. However, that is not the case. Let's take a closer look at what each term defines, and the key differences that distinguish casevac vs medevac.

Casualty Evacuation, or casevac, is a term used in the military that defines the transportation of injured individuals - be it civilians or soldiers - in serious condition from the point of injury to a medical or trauma facility where they can receive urgent medical attention.

Casevac is more commonly done by air, although the patient can be evacuated by vehicle too. Neither the vehicles nor the aircraft used for casevac is purpose-built. In such instances, time is of the essence as the life of the patient is on the line - a literal life or death situation.

For this reason, general-purpose aircraft are used due to their availability, as the goal is to ensure the patient reaches the medical facility to receive medical assistance within an hour of the incident, without having to wait on a medevac. The aircraft, therefore, may have limited or no equipment on board to provide medical care en-route, and the patient consequently may or may not receive care during the evacuation.

The preferred aircraft type for casevac is rotor-powered aircraft such as helicopters, due to their ability to access any location by landing or hovering above, regardless of the terrain, without the need to land on a designated runway, combined with the ability to take off on the spot. 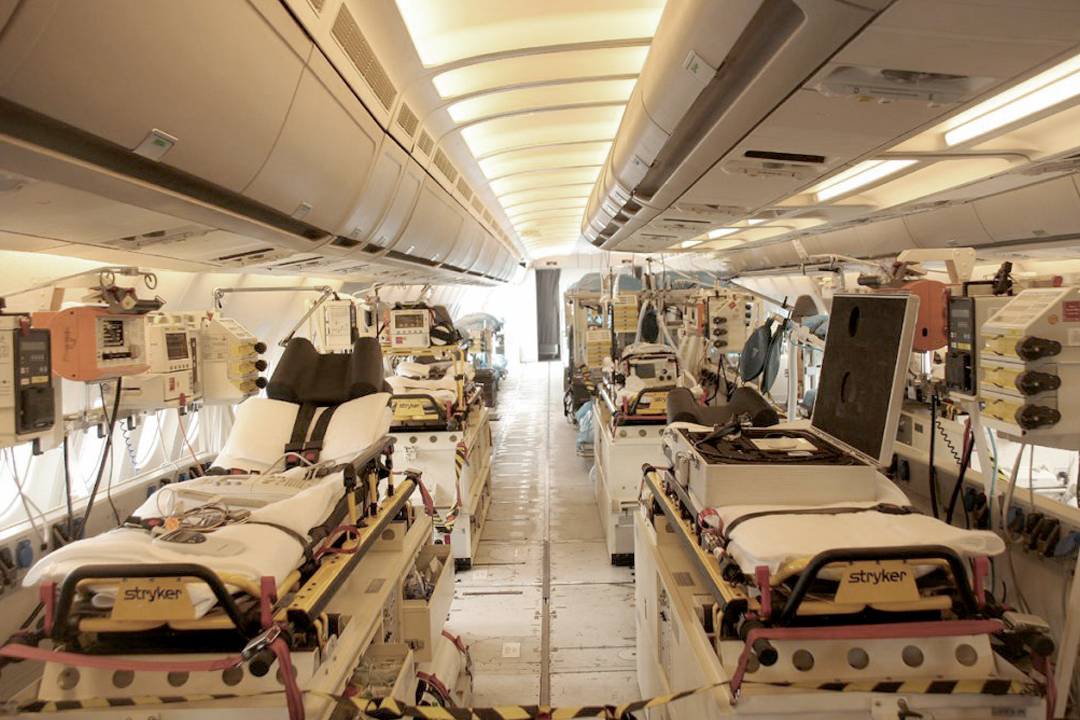 Medical evacuation, or 'medevac', on the other hand, involves the organized procedure of transporting patients to a medical facility either from the site of the accident or from another medical facility, for further medical attention. Transport may be by air or by road, using aircraft and vehicles that are dedicated and standardized to provide en-route care for the patients. In most cases, the patient has already received prior medical attention and is in stable condition at the time of the evacuation.

The type of vehicle to be used is dependent on the circumstances of the emergency and the urgency of transport. Like casevac, medevac uses both vehicles to transport and helicopters to airlift the casualty, only this time, the vehicles and aircraft come loaded with medical equipment. The ground vehicles are ambulances, and likewise, the aircraft are commonly referred to as 'Air ambulances'.

In addition to helicopters, air ambulances also come in the form of fixed-wing aircraft, that is, specially equipped ambulance jets, to cover longer distances at a much quicker and more efficient rate.

Medical professionals accompany medevac patients during the journey, who provide care for the patient in transit and ensure the proper handing over of the patient to the destination medical facility.

What are the differences between casevac and medevac?

Although somewhat similar, casevac and medevac differ in the following ways:

Contact us today for all your medevac inquiries as well as to get a quote. Our team is available 24/7 for a free, no-obligation consultation and happy to advise you on taking an air ambulance from wherever you are around the world. You can reach us: